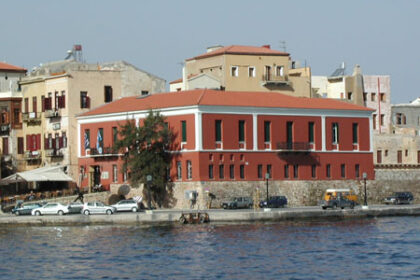 Discover the historical Museums of Chania.

The museums in Chania feature important archaeological findings, as well as hundreds of exhibits which outline the island’s cultural history. The town is one of the most historical cities of Crete and a top destination for culture lovers. As a result, Chania is full of museums that most of them stand out.

The Folklore Museum of Chania is a true experience of the old Cretan life.

Discover the authenticity of village life in the past and step back in time. A warm place in which there are scenes representing the tradition of Crete, rural works and the daily life. Moreover, there is a big collection of textile and traditional costumes, as well as many samples of embroidery. The museum is in a picturesque courtyard of the old town, opposite the Orthodox cathedral.

Museum of Typography in Chania.

Visit the museum of Typograpy; “Park of small industries-Building 1303”. The museum collection includes hard to find, iron printing presses and other instruments. Moreover, tools and objects that present the development of typography from birth in the days Gutenberg up to our days. Rare books and newspapers as well as lithography travel the visitor in the art of Typography.

The awarded Maritime Museum of Crete was opened in 1973 and has received an award for its work by the Historical and Ethnological Society. It is housed at the entrance of the Venetian fortress of Firka, which stands guard over the opening to Chania Harbor.

The two-storey building is divided into 13 units, spanning antiquity to the Battle of Crete.

The tour begins in the foyer, where the period of Venetian rule (1204-1669) is on display with models of Venetian forts. Furthermore, there is a display of a wide range of seashells of various sizes and colors, which come from the seabed of Greek and other seas. Amphorae from various ancient shipwrecks are also exhibited. Ships from the Bronze Age to Roman times are also displayed, where visitors can see the reproduction of the Minoan ship Symi, as well as a model of an Athenian trireme.

Additionally, there is a hall dedicated to shipping in Byzantine and Ottoman times, with exhibits including models of ships such as the corvette. Two more halls contain exhibits from the Greek War of Independence of 1821 and also from the Balkan Wars. On the second floor, there are exhibits from World War II to the present day.

However, the most impressive exhibit of the Maritime Museum of Crete is the model of the bridge of a World War II torpedo boat. Apart from the authentic engines, tape-recorded sounds give the sense of a real torpedo boat moving across the sea.

Its busy program includes research objects, such as the reconstruction of the Minoan ship Minoa, by scientists from the Institute of Research into Ancient Shipbuilding and Technology.

The exhibition of the Archaeological Museum in Chania includes objects that provide an image of the cultural history of Chania from the Neolithic period through the Roman period. The findings are presented according to excavation sets and themes.

The collections include Minoan finds from the city of Chania, prehistoric finds from caves and cities with historical significance. Furthermore, guests will find coins and prehistoric jewelry, columns and stunning mosaics.

Nowadays, it is located in a renovated building at the area of Halepa and covers an open space of 6.000 sqm.

The Olive Tree Museum of Vouves is located in the village of Ano Vouves, approximately 30 km west of Chania. Its aim is to preserve and promote the aspects of life of the people of this country. More specific, this relationship includes soil cultivation, planting, harvesting etc. Olive trees is part of Crete, our nutrition and our civilization.

The museum is housed in a traditional building, which maintains the characteristics of the functional folk architecture of this area. The building was a residence and it is located in a primarily olive-producing area, Kolymvari. The olive oil of this region is famous, award-winning and considered as one of the best in the world.

At the Olive Tree Museum of Vouves, guests can see many tools that were being used for the oil production. For example, wooden plough is exhibited in the museum hall dedicated to cultivation and olive processing. Similarly, there are many items that mark the evolution of the plough and they are replaces by the power-driven tractors.

What you can read next 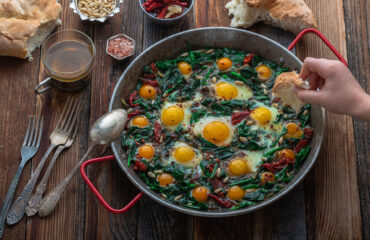 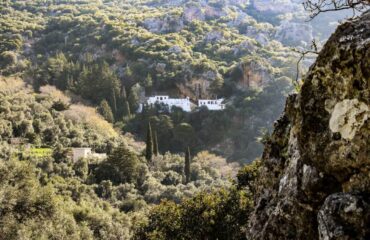 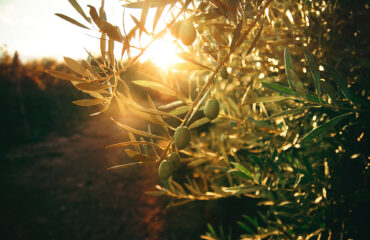